What is a CD-type annuity? The fact is there really is no such thing as a CD-type annuity. When you hear someone use the term CD Type annuity they are referring to a Multi-year guarantee annuity (MYGA). MYGA’s are a type of fixed annuity and are often referred to as a CD type annuity because of the similarities they share.

Bank CDs and “CD Type” annuities both credit interest in the same way.

Just like a bank certificate of deposit (CD), a CD type annuity credits a guaranteed rate for a set number of years. The interest rate and term of the contract period are contractually guaranteed by the insurance company issuing the policy.

Check your retirement readiness with JourneyGuide

The below table lists our best CD Type Annuity rates (MYGA) available, as of August 21, 2021.

Rates are as of  February 27th, 2021, and retrieved from Bankrate.com.

Are CDs Safer than a Fixed Annuity?

Bank CDs are considered an extremely safe investment because the FDIC insures them up to $250,000.

Although annuities are not insured by the federal government, they’re also considered safe because they’re insured by the issuing insurance company and, in most cases, also by state guaranty associations.

The below table compares and contrasts some of the key similarities and differences between a CD and a multi-year guarantee annuity. The main difference is an annuity’s interest grows tax-deferred while the interest you earn in a CD is taxable in the year it is earned, regardless of whether or not you spend it.

How Are Annuities Taxed?

Interest you are paid on a certificate of deposts (CD) is taxed in the year in which it is received wheras interest earned from an annuity grows tax-deferred until you withdraw your funds.

You pay taxes on interest earned in a CD whether you spend it or not.

Try this annuity vs CD calculator to see the difference in the interest you will earn in a taxable vs tax-deferred savings account.

Annuities are not as flexible as CDs, and they have higher penalties for early withdrawals greater than the contract’s free withdrawal amount.

Annuity annual free withdrawal amounts vary by company but are usually either 10% of the annuity’s account value or interest earned. A withdrawal during the initial contract period is subject to a declining surrender charge schedule.

In addition to the penalties imposed under the annuity contract, annuity owners under the age of 59½ must pay the IRS a penalty of 10 percent for early withdrawal from an annuity.

If you close a CD earlier than scheduled, the penalty you pay is typically the interest you have earned. So you always get back at least your original deposit.

What Happens to the Money in an Annuity When You Die?

Annuities allow a surviving spouse access to the annuity funds without penalty. However, penalties apply to CDs in the event of the death of a spouse.

Annuity beneficiaries are not required to go through probate court in the event of the annuity owner’s death to claim their benefits.

If certificates of deposit are not placed in a living or irrevocable trust, heirs must go through probate if the CD owner dies

Capital One Rates | How to Beat Them

Menu
PrevPreviousAnnuity Calculators
NextHow Much Does a $100,000 Annuity Pay Per Month?Next 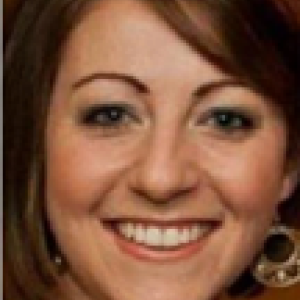